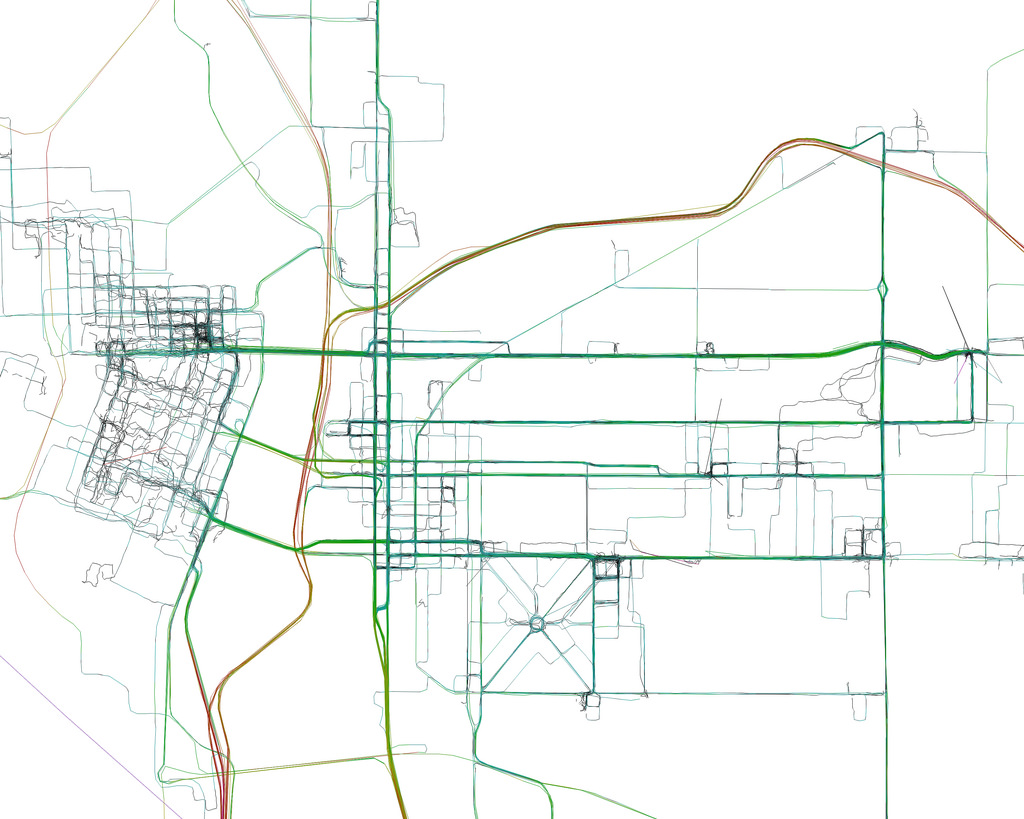 Lots of runners use personal Global Positioning System (GPS) receivers to track how many miles they run. No GPS is perfect, though: it only records its position periodically rather than continuously, so it can miss parts of the true running path. For this problem we’ll consider a GPS that works in the following way when tracking a run:

The GPS assumes that the runner goes in a straight line between each consecutive pair of recorded positions. Because of this, a GPS can underestimate the total distance run.

For example, suppose someone runs in straight lines and at constant speed between the positions on the left side of Table 1. The time they reach each position is shown next to the position. They stopped running at time $11$. If the GPS records a position every $2$ units of time, its readings would be the records on the right side of Table 1.

Table 1: Actual Running Path on the left, GPS readings on the right.

Given a sequence of positions and times for a running path, as well as the GPS recording time interval $t$, calculate the percentage of the total run distance that is lost by the GPS. Your computations should assume that the runner goes at a constant speed in a straight line between consecutive positions.

It is guaranteed that the total run distance is greater than zero.

Output the percentage of the actual run distance that is lost by the GPS. The answer is considered correct if it is within $10^{-5}$ of the correct answer.