Consider an undirected graph on $n$ vertices. A $k$-colouring of the graph is simply an assignment to each vertex one of the $k$ colours. There are no other restrictions – two vertices can get the same colour even if they are connected by an edge.

You are given two $k$-colourings $s$ and $t$. You want to transform from the initial colouring $s$ to the final colouring $t$ step by step. In each step, each vertex may change its colour to one of its neighbours’ colour, or keep its current colour.

The input graph is guaranteed to be connected and has no self loops. Determine whether it is possible to construct such a sequence, and output one if there is any. The sequence need not be the shortest as long as it uses at most $20\, 000$ steps.

One solution is as follows: 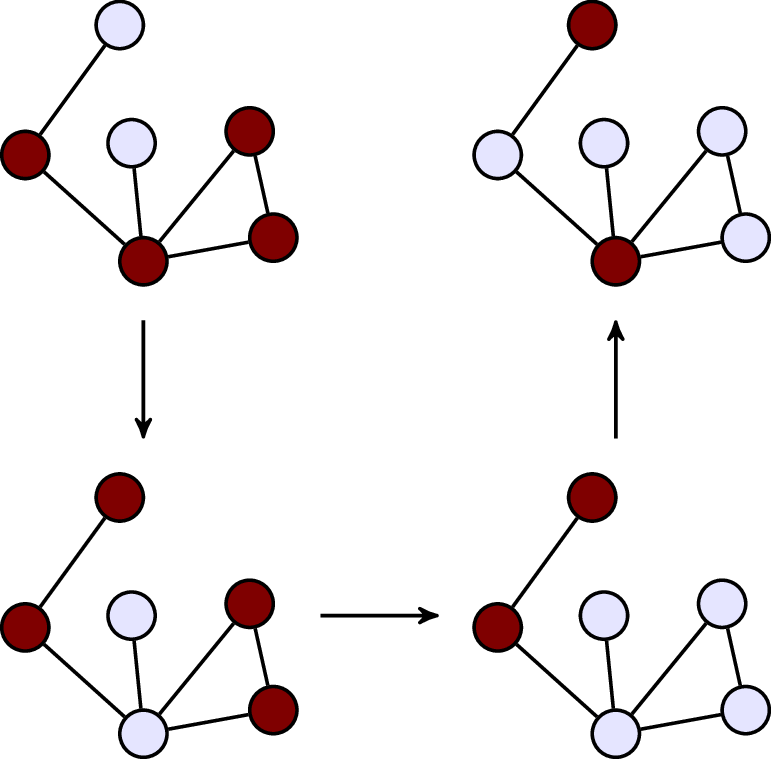 The input graph is connected. There are no self loops or multiple edges.