You are in charge of designing an advanced centralized traffic management system for smart cars. The goal is to use global information to instruct morning commuters, who must drive downtown from the suburbs, how best to get to the city center while avoiding traffic jams.

Unfortunately, since commuters know the city and are selfish, you cannot simply tell them to travel routes that take longer than normal (otherwise they will just ignore your directions). You can only convince them to change to different routes that are equally fast.

Determine the maximum number of commuters who can drive downtown without congestion, subject to all commuters starting their journeys at exactly the same time and without any of them taking a suboptimal route. 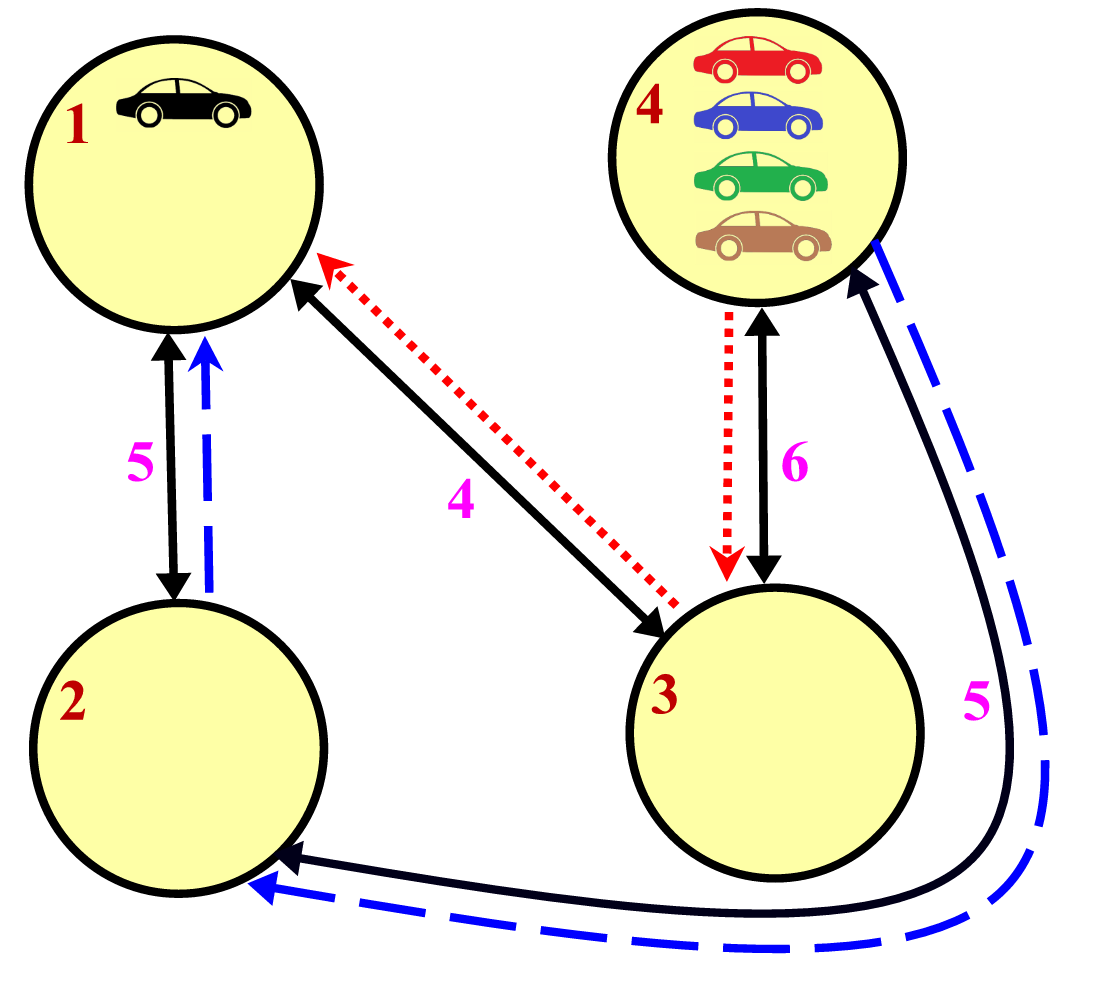 Display the maximum number of commuters who can reach downtown without congestion.