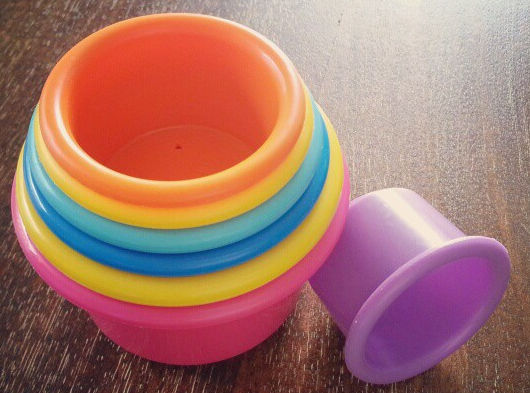 Photo by amy selleck cc by 2.0
You are programming a cup stacking module for your robot. This robot is equiped with several sensors that can accurately determine the radius and color of a cup. The problem is that there is a glitch in the robot’s core routine that processess sensor inputs so the radius is doubled, if the result of the color sensor arrives to the routine after the radius.

Given a list of messages from the core routine, each describing a different cup, can you put the cups in order of the smallest to the largest?

The first line of the input file contains an integer $N$, the number of cups ($1 \leq N \leq 20$). Next $N$ lines will contain two tokens each, either as “color radius” or “diameter color”. The radius of a cup $R$ will be a positive integer less than $1000$. The color of a cup $C$ will be a non-empty string of lower case English letters of length at most $20$. All cups will be different in both size and color.

Output colors of cups, one color per line, in order of increasing radius.