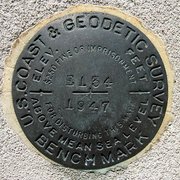 Amtel will use a new benchmark – the Factstone – to advertise the vastly improved capacity of its new chips. The Factstone rating is defined to be the largest integer $n$ such that $n!$ can be represented as an unsigned integer in a computer word.

There are several test cases. For each test case, there is one line of input containing $y$. A line containing $0$ follows the last test case.

For each test case, output a line giving the Factstone rating.