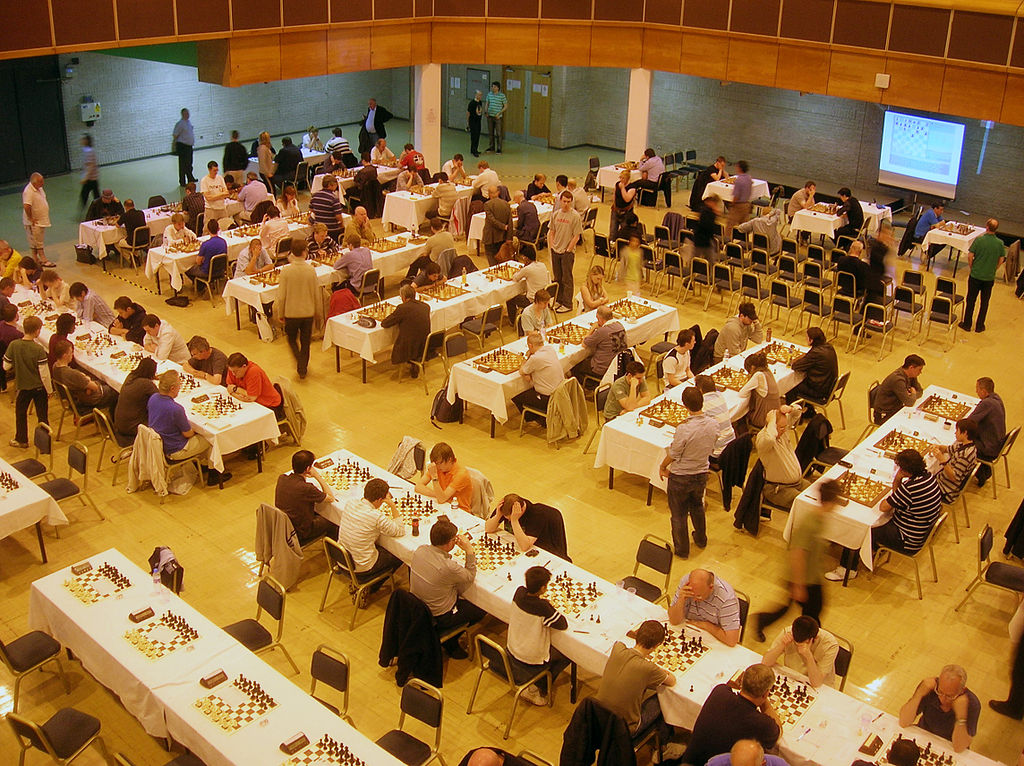 Picture by Pat Paker via Wikimedia Commons, CC BY
In a tournament with $m$ teams, each team consisting of $n$ players, construct a playing schedule so that each player is paired up against all players in all teams except their own. That is, each player should play $(m-1) \cdot n$ games.

The playing schedule should be divided into rounds. A player can play at most one game per round. If a player does not play a game in a round, that player is said to have a bye in that round.

The order of the rounds and games, and who is home and away in a game, does not matter.

Output one line per round in the playing schedule. Each line should contain a space separated list of games. A game is in the format “<player>-<player>”. The players in the first team are denoted as $\texttt{A}1, \texttt{A}2, ..., \texttt{A}n$; the second team $\texttt{B}1, \texttt{B}2, \ldots \texttt{B}n$ and so on.