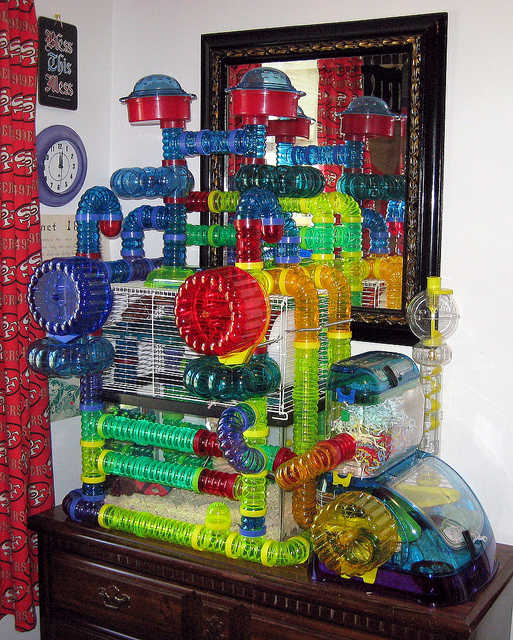 Harry the Hamster lives in a giant hamster cage. Inside the cage there is a set of $n$ plastic balls connected by unidirectional hamster tubes of varying lengths. Harry is currently in ball $s$ and his bed is in ball $t$.

Being a simple hamster, the hemispheres of Harry’s brain are not so great at communicating with each other and have a mind of their own. Harry’s left hemisphere, usually being active when Harry is in the hamster wheel, likes running for as long as possible. Harry’s right hemisphere, rarely active at all, would like to go to sleep as soon as possible. Together, Harry’s hemispheres will be navigating Harry through the maze of tubes, in each ball deciding which of the outgoing tubes to follow.

Counterintuitively, the hemispheres are familiar with the entire hamster cage and can plan arbitrarily far ahead. Assuming both hemispheres make optimal decisions, how long will it take for Harry to reach his bed? It is guaranteed that each ball has at least one outgoing tube, except the ball containing Harry’s bed which has none (there Harry will rest easily). There are no tubes connecting a ball to itself, but there may be multiple tubes going from one ball to another.

Print the time it takes for Harry to reach his bed, or the string infinity if Harry is doomed to roam the tubes forever.