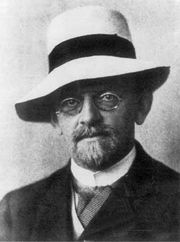 This problem is based on an exercise of David Hilbert, who pedagogically suggested that one study the theory of $4n+1$ numbers. Here, we do only a bit of that.

An H-number is a positive number which is one more than a multiple of four: $1, 5, 9, 13, 17, 21,...$ are the H-numbers. For this problem we pretend that these are the only numbers. The H-numbers are closed under multiplication.

As with regular integers, we partition the H-numbers into units, H-primes, and H-composites. $1$ is the only unit. An H-number $h$ is H-prime if it is not the unit, and is the product of two H-numbers in only one way: $1 \cdot h$. The rest of the numbers are H-composite.

For each H-number $h$ in the input, print a line with $h$ followed by the number of H-semi-primes between $1$ and $h$ inclusive, separated by one space in the format shown in the sample.