Frustrated by his legendary inability to tear down Lund’s Cathedral, Finn the Giant wants to become better at destroying pillar-borne edifices. Together with his fellow trolls he has constructed a training site consisting of a colonnade of various pillars supporting a roof. The pillars differ in structural strength—some are hewn of Swedish granite, but in various styles, others are made of stone, clay, or even wood. The roof his a huge block of uniform granite. You can assume that in the beginning, each pillar is able to support its own part of the roof. The pillars have exactly the same distance. 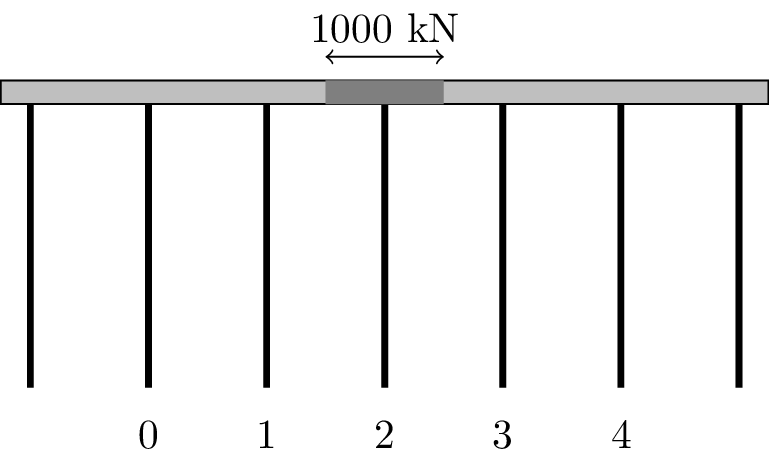 At the left of pillar 0 and to the right of pillar $n-1$, the roof is supported by two indestructible pillars. Initially, every pillar is subject to the same pressure, 1000 kN.

Finn is able to tear down exactly one of the internal pillars, independent of its structural integrity. He hopes to start a chain reaction, whereby the redistribution of the roof’s weights results in other pillars being crushed. Which pillar should Finn tear down to create the maximum damage?

A single line with two integers. First the maximal damage (counted in number of destroyed pillars) that Finn can cause. Second, the pillar he has to tear down. The internal pillars are numbered $0$, $1$, $\ldots $, $n-1$. If there are more than one correct answers, any will do.