The Autonomous Car Manufacturer (ACM) needs to design algorithms to control their cars. One particular problem is lane switching—if the car needs to switch lanes, it wants to do so in the safest manner.

Initially the car is in the leftmost lane, and the car needs to switch to the rightmost lane. The car has a variety of sensors and can obtain the locations of all cars in a section of the highway. When the car needs to switch lanes, it takes a snapshot of the sensor readings and design a plan to switch lanes based on the snapshot. The sensors have limited range. All sensor readings will be distances from the start of the sensor range. For safety reason, the areas outside of the sensor range are assumed to be occupied by cars.

You may assume that all other cars are travelling at exactly the speed limit. However, the ACM would like to set itself apart by producing cars that may drive at any speed regardless of the speed limit, as long as it does not hit any other car. For safety reasons, a lane switch is always done while driving at the speed limit.

When a lane switch occurs, the destination must have unoccupied space for the car to move into (a perfect fit is allowed). We define the safety factor of the plan as the closest distance to any car while executing the plan. We are only concerned about cars in the same lane, and will ignore distances between cars in different lanes. Obviously, the ACM wants its cars to choose a plan that has the highest safety factor.

The first sample input is illustrated below. 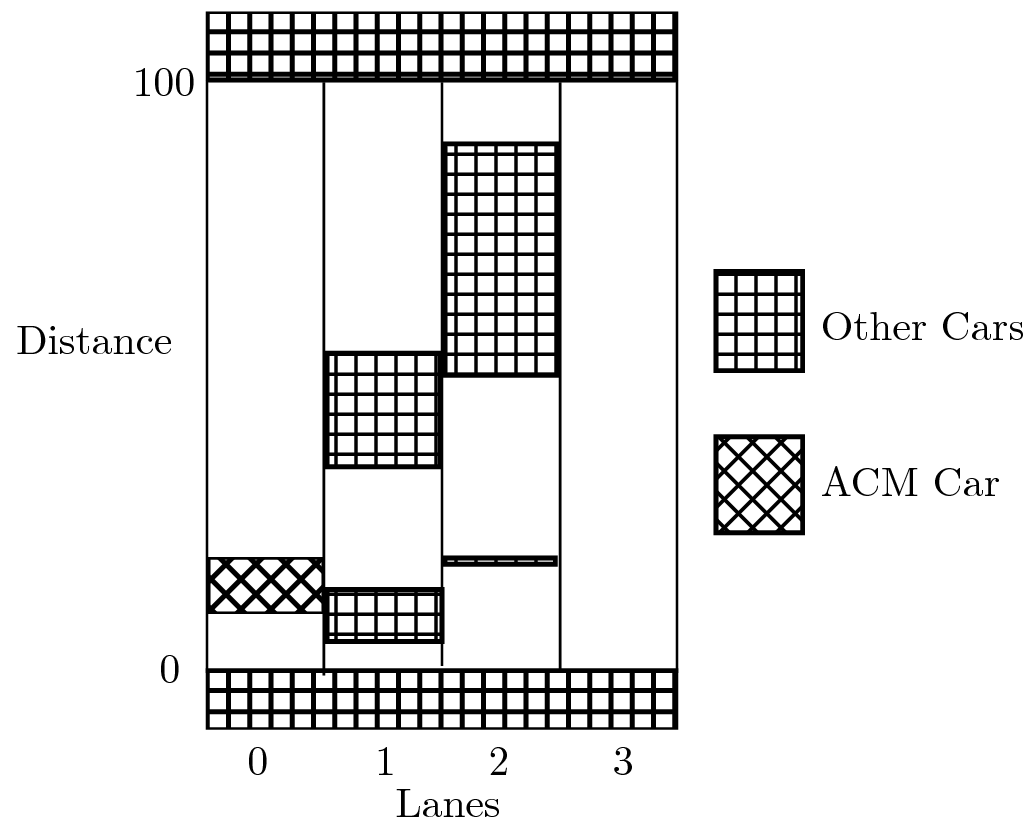 There are at most 100 cars in each lane. No two cars will overlap although they may touch bumper-to-bumper.

If the ACM car can switch from lane 0 to lane $N-1$, print a single number indicating the maximum achievable safety factor. Otherwise, print Impossible. Your answer will be considered correct if its absolute error does not exceed $10^{-5}$.