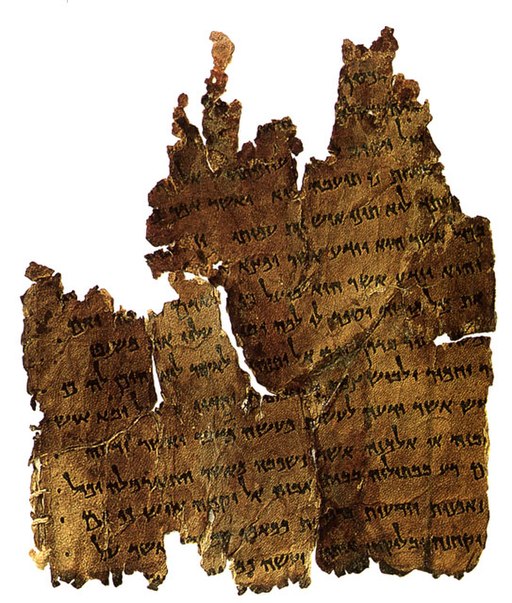 You are an archaeologist exploring the underground crypts of Rome. You have just stumbled into a hidden archive containing copies of a lost manuscript by the Knights Templar. Unfortunately, the copies have crumbled over time and now comprise thousands of small text fragments that need to be reassembled in order to restore the original manuscript (or at least a part of it). Because there were several copies of the manuscript, many text fragments overlap with other text fragments. Use a computer to rebuild the manuscript from these fragments! Deus ex machina!

Reconstruction of the manuscript involves placing distinct text fragments in a sequence such that whenever fragment $A$ immediately precedes fragment $B$:

It is guaranteed that two fragments that satisfy these criteria do so in exactly one way.

An optimal reconstruction is one that is extracted from such a sequence of overlapping fragments of maximal length, i.e., a sequence that contains as many fragments as possible. Note that it is the number of fragments that is being maximized here; this may or may not maximize the number of characters in the text that is then recovered from these fragments. (Your archaeologist friends find this a bit odd, but you have an admittedly quirky compulsion to make use of as many found objects as possible.)

Your task is to find an optimal reconstruction. If there are two or more maximal-length sequences of overlapping fragments, then the reconstruction is said to be “ambiguous,” and only a higher power can help. By the grace of that same higher power, no fragment is contained within another fragment, and no sequence of overlapping fragments $F_1, F_2, \ldots , F_ k$, for any $k \geq 2$, ever forms a cycle, i.e., it is never the case that a suffix of $F_ k$ of length $\geq 5$ equals a prefix of $F_1$.

Given a unique maximal-length sequence $F_1, F_2, \ldots , F_ M$, the corresponding optimal reconstruction of the text is