Television transmitters emit a television signal in all directions around them. The signal is spread through space in straight lines and cannot pass through buildings. A certain point in the city is considered covered if it is reached by a signal from an existing transmitter. 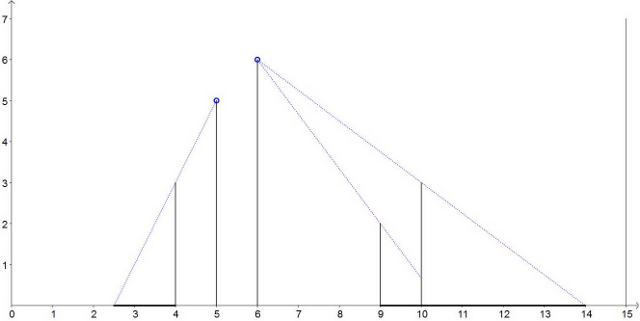 Find the segment of the city covered by television signal and output its length.

Each of the following N lines contains three numbers which describe the $i$-th building:

The first and only line of output must contain the required length from the text. Note: the maximum permissible deviation from the official solution is 10-3 in absolute value.