Little Zorro and Worro are playing an interesting game on an $n\times n$ square grid. Each game is really short: each player makes just one move. The game is played with very very thin pegs. The pegs come in two colors: black and white. Zorro goes first: he puts the pegs at the vertices of the grid. Then Worro selects a subset of the pegs by drawing a convex polygon—whatever is inside or on the boundary of the polygon is in his set. (The pegs are so tiny that they act as points in the plane.) For each black peg selected Worro gets $1. For each white peg selected Worro has to pay $1. Naturally, Worro wants to get as much money as possible. Now he is worried that he might not choose the optimal set. Please, help him.

The output contains $k$ lines, one for each game. The $i$-th line contains the largest amount of money Worro can win in the $i$-th game. 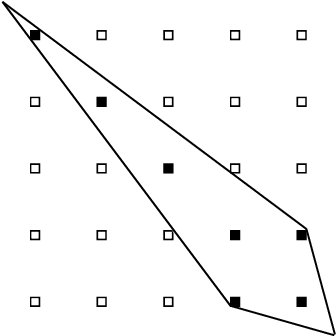 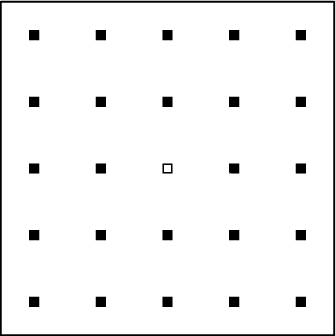 Examples of convex polygons that achieve the values given in the output are above. In the first example Worro gets $7, in the second he gets $24-$1=$23.