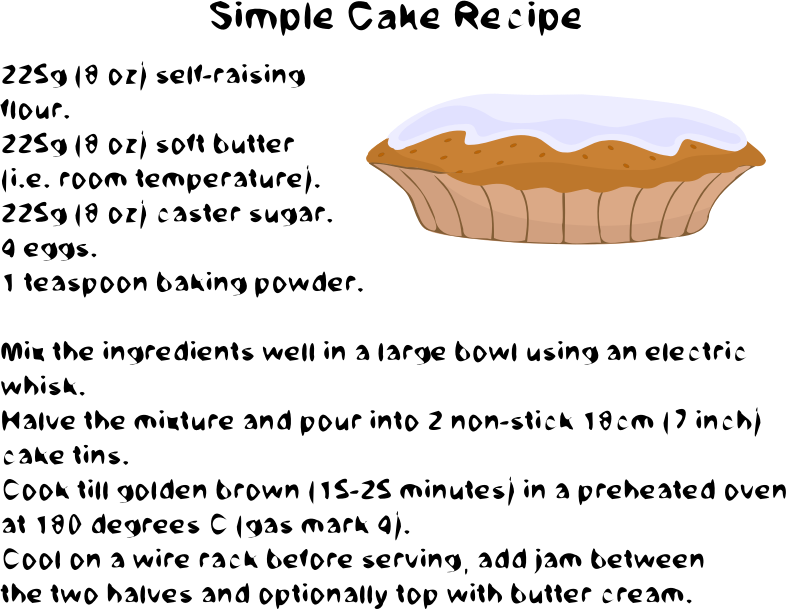 A recipe is a list of ingredients and a set of instructions to prepare a dish. It is often written for a particular number of portions. If you have a recipe for 4 portions and you want to make 6 portions, it turns out that simply multiplying the amounts for each ingredient by 1.5 is often wrong! The reason is that the original recipe may have been rounded to the nearest teaspoon, gram, etc., and the rounding errors magnify when a recipe is scaled.

To scale a recipe:

For each case, print Recipe # followed by a space and the appropriate case number (see sample output below). This is followed by the list of ingredients and their scaled weights in grams. The name of the ingredient and its weight should be separated by a single space. Each ingredient is listed on its own line, in the same order as in the input. After each case, print a line of $40$ dashes (’-’). Answers within $0.1$g of the correct result are acceptable.