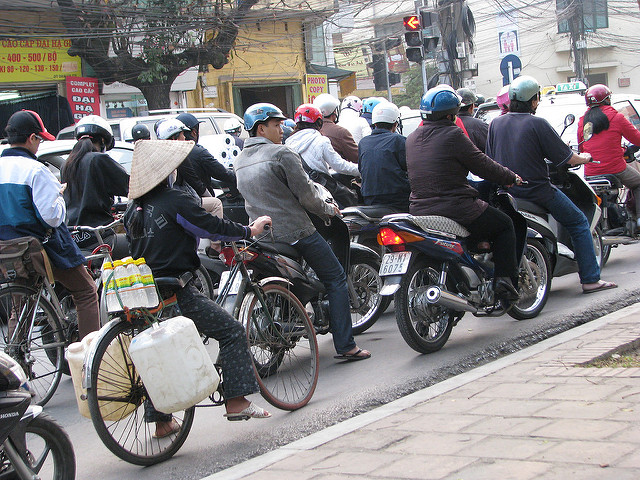 Photo by mckay savage cc by-sa 2.0
It’s the slow crawl of rush hour. At any point of time, each vehicle is either stopped or is moving at the extremely slow speed of $1$ meter per second. Lately, vehicles come equipped with a simple “black box” that record all changes in a vehicle’s speed. In this problem, speeds change instantaneously.

The road is modelled as the real line (units in meters). So a car is identified with its position on the line. Also, cars are $4.4$ meters long.

Given initial positions of two cars that are driving along the real line in the positive direction and a transcript of their speed changes, did these cars ever collide? While such a collision would be very slow speed (a “bumper tap”), any collision could result in erroneous readings from the black box in the future so the portions of the transcripts after a collision might not make sense.