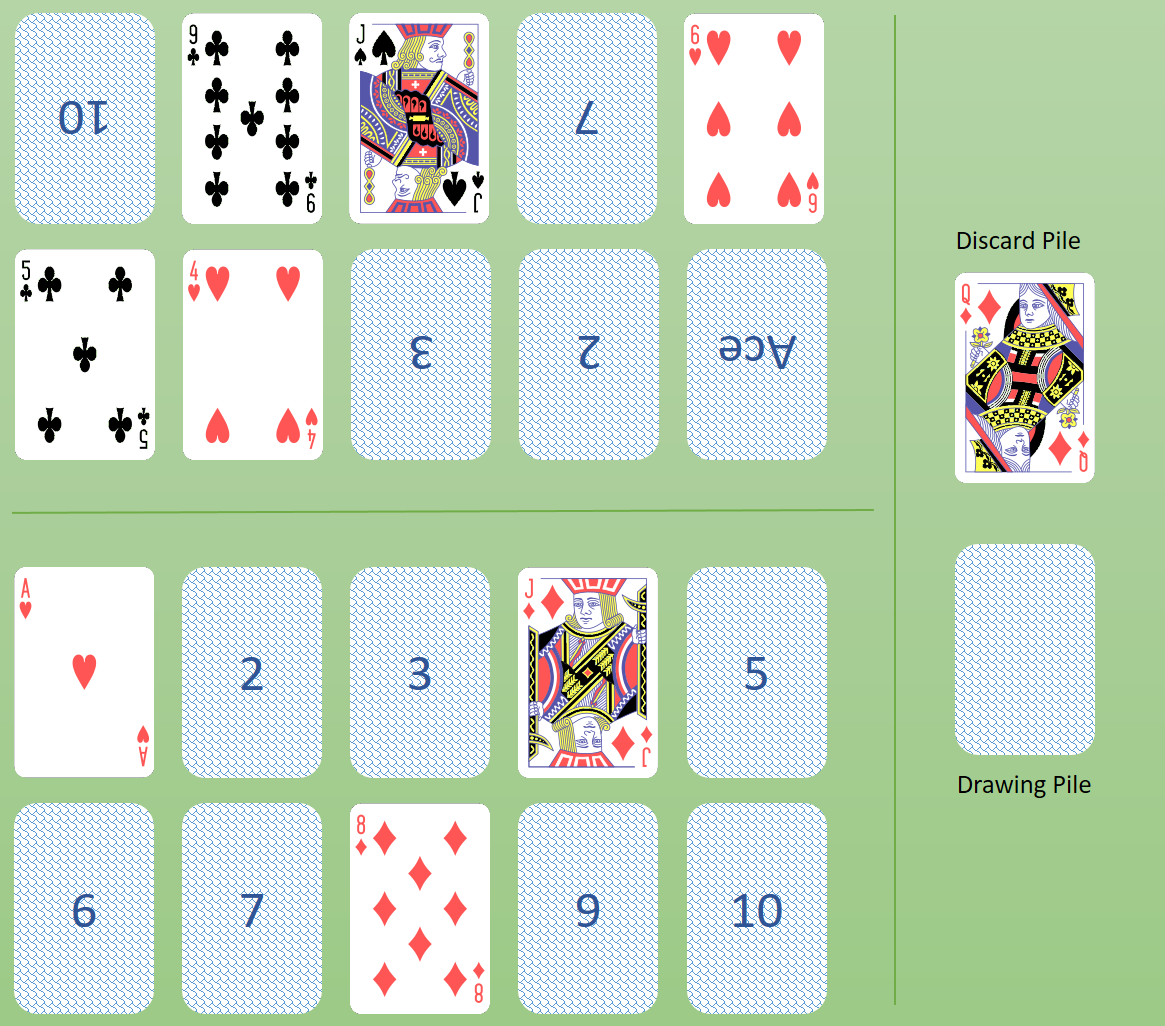 A game of Trash in progress.

Players take turns to play Trash. At the beginning of each turn, a player draws from the drawing pile, which initially contains all cards that have not been dealt face-down. If the player can use the card drawn to fill one of their slots that has not been filled, they uncover and remove the face-down card from the slot and put the drawn card face up in the slot. Then, the player repeats their turn with the card uncovered (instead of drawing a new card from the drawing pile) until they either fill all slots or uncover a card that cannot fill a slot.

A special case is the Jack, which acts as a wildcard. Whenever a player draws (or uncovers) a Jack, they can use the Jack to fill any of their remaining slots.

Theta quickly discovers that it matters how you use any Jacks you draw, namely so that you minimize the chance of being left with an unfilled slot. If there are multiple optimal choices for slots in which to place a Jack, she chooses the lowest-numbered slot (Ace counts as $1$). Most of her friends, however, use a simpler strategy of always using their Jacks to fill the lowest-numbered unfilled slot, regardless of which cards were already placed or discarded.

Write a program that determines who wins in a game between Theta and one of her friends! Note that Theta bases her decision on only those cards that are turned face-up in a slot and the cards that have been discarded onto the discard pile, but not the face-down cards or the cards remaining in the drawing pile.

You are guaranteed that one player will be able to win before the deck runs out of cards.