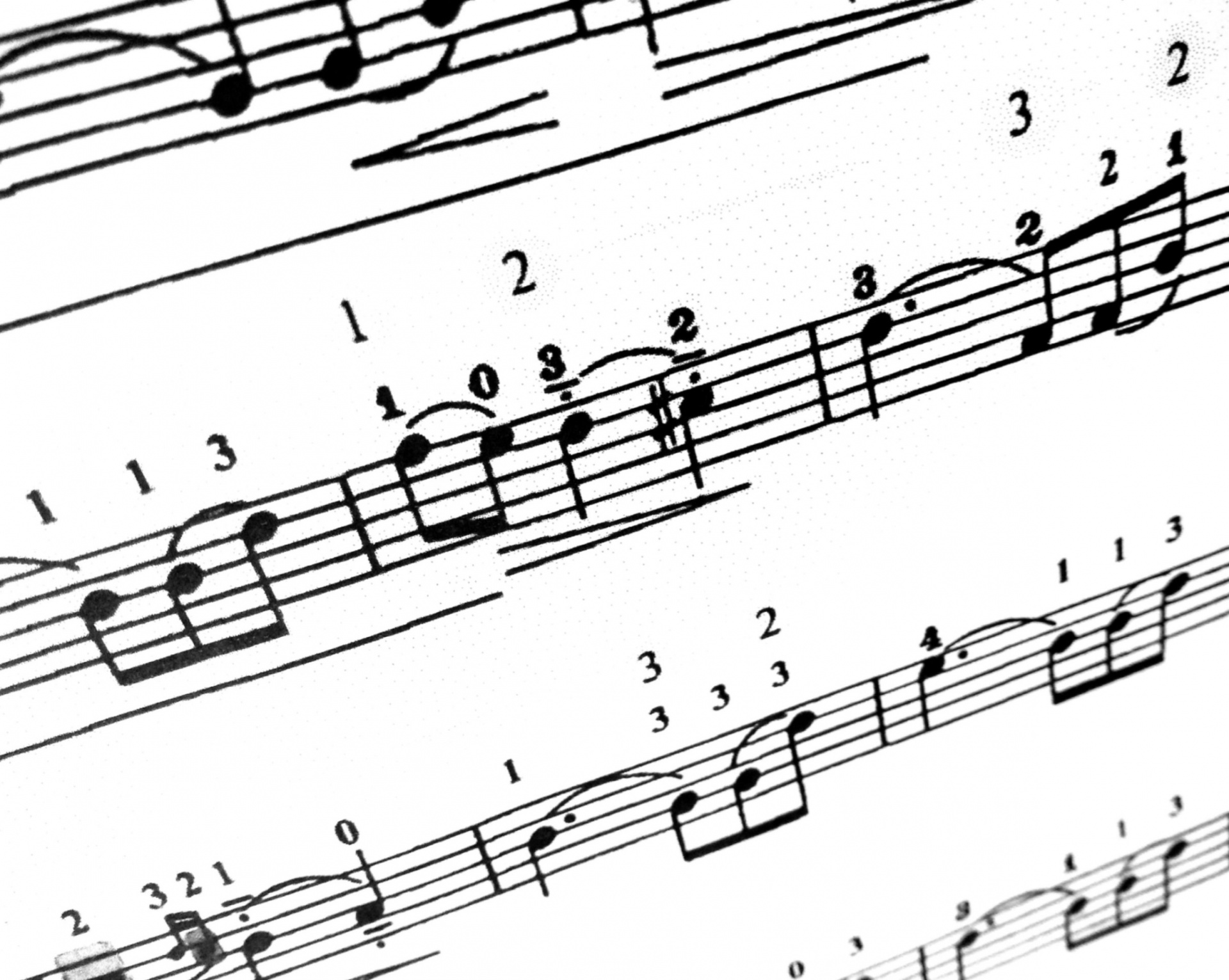 Sheet music, public domain
Anton is a famous choir singer in the Kongliga Teknologkören, the KTH choir. After years of careful political maneuvering, he managed to become the chairman of the choir. As such he has absolute power of what the choir does – including what pieces to rehearse.

Anton has chosen a particular song he likes very much that he wants the choir to sing. There is only a slight problem – the song is not at all suited for his particular vocal range. Anton has the alto vocal range, and wants to make sure that the most important part of the piece is perfect for his voice.

Now, Anton wants to transpose the piece so that all tones in the part are within his vocal range, which is given by the lowest and highest tone he can sing. Transposing means that all tones are shifted either up or down by some fixed number of tones. For example, C#4 (C# in the fourth octave) transposed $5$ tones down would be G#3. Furthermore, Anton is not very good at reading sheet music. Among all valid transpositions, he is only interested in the ones that minimize the number of tones with accidentals (that is, those with a # sign)1.

Given the piece and Anton’s vocal range, can you determine how many such transpositions there are?

The first line of input contains the number of tones $n$ ($1 \le n \le 1000$) in the piece. Then follows a line containing two tones, the lowest and the highest tone that Anton can sing (in that order).

The third and final line contains the tones that Anton’s piece consists of. The same tone may appear multiple times in the piece. It is guaranteed that Anton can sing at least one transposition of the piece.