In this problem we will be looking at partial functions, which map some subset of the elements of the domain to the co-domain. For instance, $f(x) = \sqrt {x}$ is a partial function but not a function on the domain of real numbers, since it only defined for the non-negative numbers.

There are two key properties a partial function may have.

Here are visual examples of different types of partial functions:

An injective (but not surjective) partial function that is not a function: 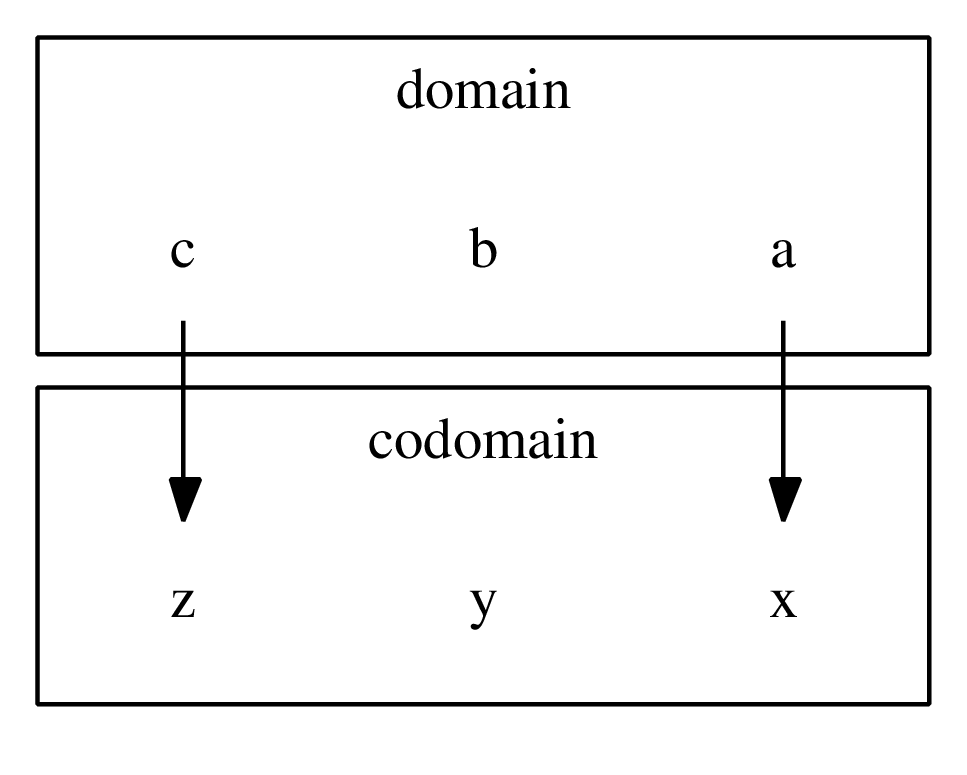 A bijective partial function that is also a function: 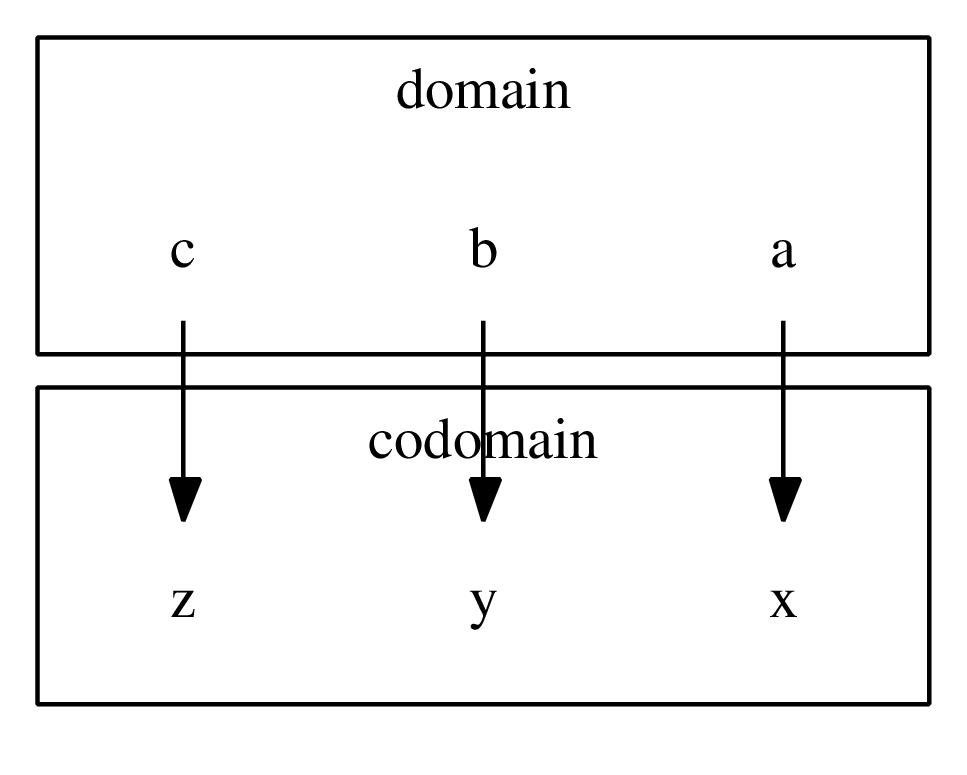 A surjective (but not injective) function: 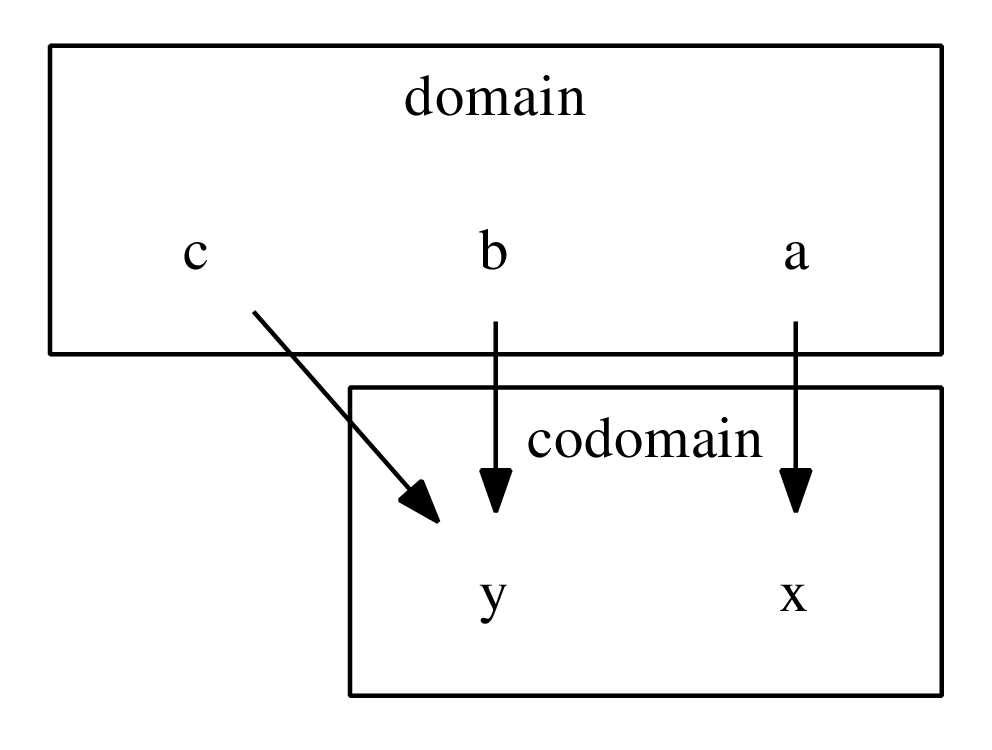 Neither injective nor surjective: 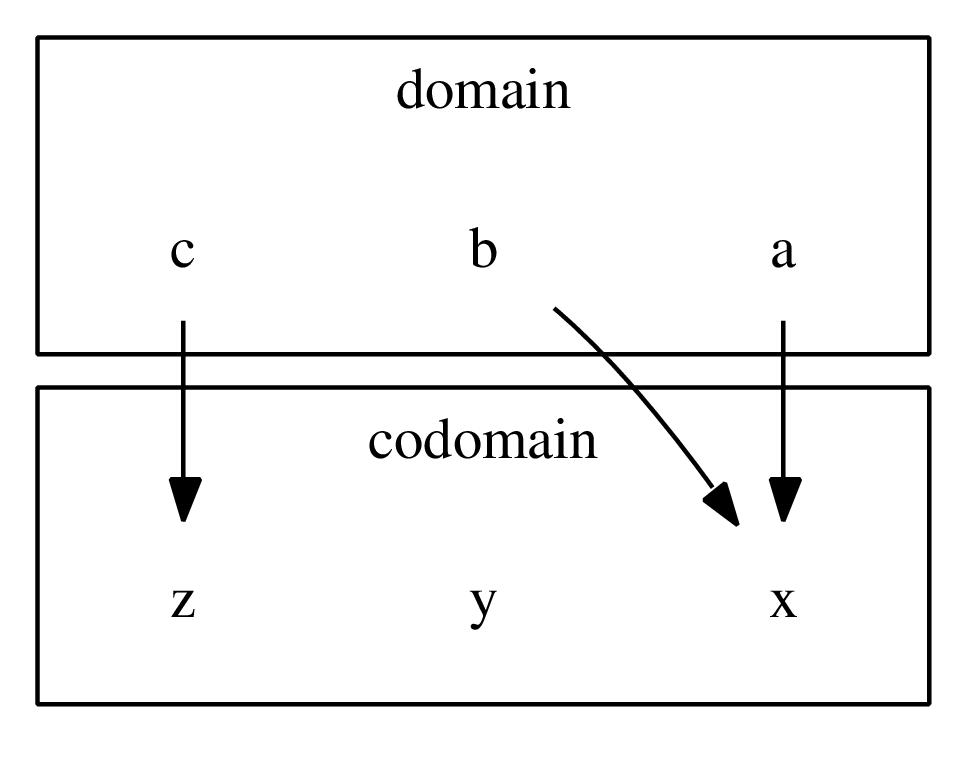 Input contains a sequence of at most $200$ descriptions. Each description starts with two lines that describe the domain and codomain, given as space-separated alphanumeric tokens. The words “domain” and “codomain” are always the first words on these lines and are not part of the sets, they are for readability. The next line contains the number of mappings $0 \leq n \leq 40$. The next $n$ lines each contain one mapping in the form x -> y which indicates that x from the domain maps to y in the codomain (x and y are drawn from the domain and codomain for the description). Input ends at end of file.