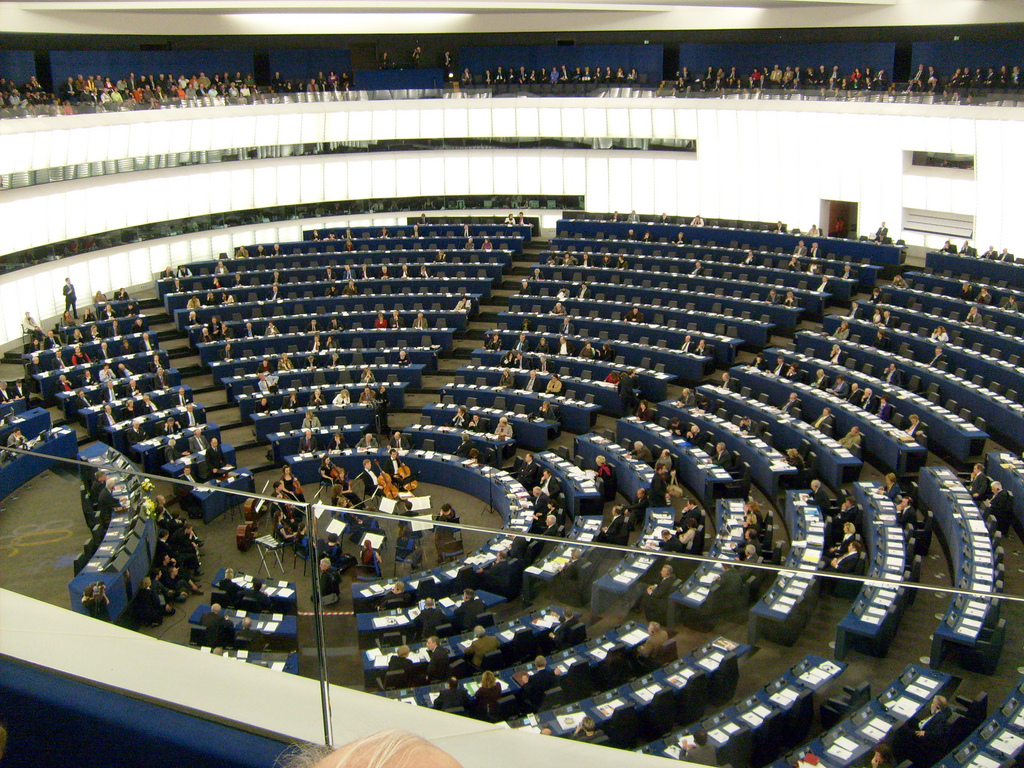 The election of the European minister of magic
Author: inyucho, cc by

The wizarding world realized that lacking a government for years is not sustainable because dark wizards could easily use the lack of government to take over the wizarding world without anyone fighting back. Thus it was decided that the minister of magic would be determined automatically as soon as everyone has cast their votes. The system they use for this is called instant-runoff voting.

Votes for all the rounds are specified before the first round by giving a ranking of all the $C$ candidates. Given such a ranking, a voter will vote for the highest ranked candidate in their ranking that hasn’t been eliminated. For example, if a voter has the ranking $4, 1, 2, 3, 5$ and the candidates $1, 4, 5$ have been eliminated, the voter will vote for candidate $2$ in the next round.

Just as in the normal world, the wizarding world has a number of parties (more specifically $P$ parties). Each party has a number of representatives in the parliament that choose the minister. You will be given the candidate rankings for each party. Can you determine who will win the election?

Output a single integer, the number of the candidate that is elected.